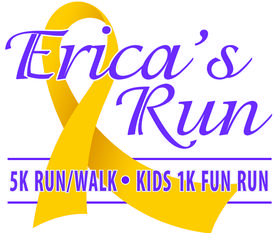 ​Donations DO Make A Difference

Your donations make a difference in the lives of those fighting cancer. Your support is APPRECIATED!

How We Do It

Through bake sales, raffle sales, hockey charity events and our Signature 5k Road Race and Kids FunRun, the Erica Pombrio Foundation has raised over $200,000 and has  made 50 monetary donations in the past ten years.

Your Support Is APPRECIATED!

Families that received funds from the Erica Pombrio Foundation have used the donations to pay for medicines, necessary medical equipment, doctor and hospital visits, for everyday household expenses or dream trips that would not be possible without our financial donation.

Who Have We Helped?

The Erica Pombrio Foundation has donated to over 50 families in the Southern NH area - For 2 year old Athena, who was diagnosed with leukemia, the monetary donation given allowed her mother to take extra time from work to be with her during a troubling time.

Similarly, Pierce was also diagnosed with leukemia at just 6 months old. Pierce was the Erica Pombrio Foundation’s first recipient and after 10 years, Pierce and his wonderful family are proud followers of Erica’s Run.

The Erica Pombrio Foundation has been honored to help Su, a mother & grandmother diagnosed with breast cancer. The donation to her was given at a time that she was unable to continue working as a Merrimack school bus driver during her treatments.

Su has become a great supporter of Erica’s Run and puts her amazing creativity to use by making head warmers for the Foundation.  These head warmers are given to those who have lost their hair during chemotherapy treatments.

Sponsorships from Businesses -  Local and National

One of our biggest sources of funding is donations received by our sponsors.  From the next door neighbor that treats your lawn,  to the large corporations who make local support a priority  - This is a  MAJOR part of how Erica's Run has been able to help so many families.  Many companies will do a dollar-for-dollar match for their employee's contributions.  People helping people - it was Erica's wish that helped make the Erica Pombrio Foundation the success it is today!